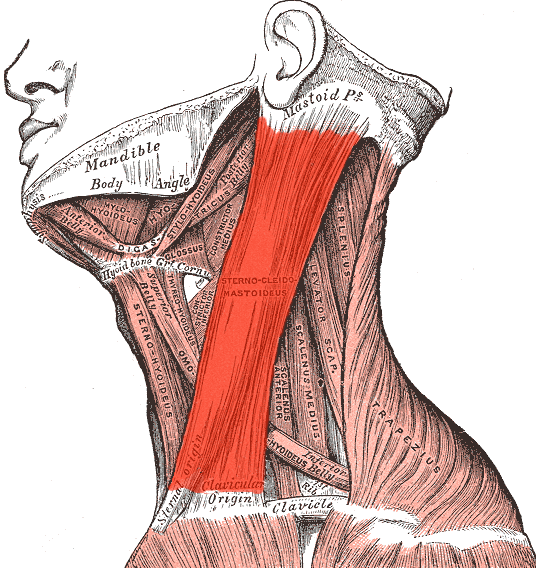 The SCM and Gait

We remember that we have 3 systems that keep us upright in the gravitational plane: The visual system, The vestibular system and the proprioceptive system. As we age, we seem to become more dependent upon the visual system to maintain stability of the head (which is largely under the purview of the vestibular system).  Older folks seem to be less stable than younger ones....At least when it comes to head stability.

This study looked at the neuromechanical mechanisms of head stability in younger and older women during gait initiation, a time when we employ the visual system for things like balance and foot placement. The visual system  in this case is king and trumps the other systems in that it will do whatever it need to to keep the eyes level with the horizon.

They used a  stereophotogrammetric system to measure angular displacement and acceleration and surface emg (no, not the best) to look at activation latencies of neck (particularly the SCM), trunk and pelvic muscles. Older women had higher variability in angular displacement of the head (possibly age related breakdown of the vestibular system?), decreased ability to attenuate accelerations in the saggital (forward) plane, and increased SCM activation latencies.

Make sure the older women you are working with have:

You could help these by:

- manipulating and mobilizing joints that have pathomechanics
- improving muscular function through endurance and strength based exercises of the neck as well as core
-improving muscular function through modalities like dry needling and acupuncture (see video)
-give them more proprioceptive based exercises, especially ones which incorporate the head, like head repositioning exercises,
-encourage them to engage in proprioceptive heavy activities, like rock climbing (which also works the axial extensors), cross country skiing, bike riding, etc